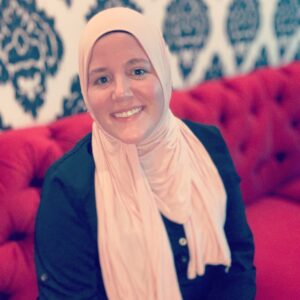 Michelle Sekusky is an Ohio native who came to Islam almost 10 years ago when a World Religions class led her to seek deeper knowledge. Facing some difficult life trials, she found peace in Islam and eventually embraced the faith. Michelle has been a student of Islamic knowledge under the tutelage of Anse Tamara Gray since 2013 with the Ribaat Academic Institute.

Michelle is also an accomplished songwriter and vocalist. Growing up in Akron, OH, she attended performing arts middle and high schools. From there she continued her studies in Virginia, where she toured the East Coast performing classical repertoires. She not only loves to perform, but is an both an advocate and a consumer of the arts. Michelle enjoys traveling, spending time outdoors, reading, writing, and just spending time with people that she loves. Currently she serves as the Editorial Assistant for Daybreak Press Publishing, while also studying Arabic and Quran in Egypt.