An icy freeze can be quite harsh. Many living things are not able to survive it. Others die a little bit, holding on to just enough life to regrow again once the freeze is over. A freeze can also be a beautiful thing to behold, at once somber and silent, foretelling a chance for a stronger, brighter future.

This winter has been a harsh one for this ummah. Across the world, we are losing scholars one after another, and among them, a scholar from Damascus has returned to her Creator. Shaykha Munira Qubaysi was a teacher, guide, and inspiration to many of us here at Ribaat, and we pray that she will be among the highest ranks with the prophets, believers, scholars, martyrs, and knowers in Jannah.

In honor of her memory, I would like to share my term paper for one of my past Ribaat courses, HIS 201: Mujaddidin: Crises and Cures in Muslim History. A mujaddid is one who comes to redirect and guide the ummah back to the Quran and sunnah, as Prophet Muhammad (s) foretold that Allah would send a mujaddid every hundred years to renew this faith.

The Mujaddidah of Our Time

Recently independent from French colonialism, Syria in the 1950’s was a bustling place, consumed by dunya, appearances, and status. Eyes and hearts were attached to French fashion, fancy food, and grand parties. Women especially were affected, and with the advent of technology they had more and more free time on their hands. While they were busy in earlier times with sewing clothes for themselves and their families, washing their laundry by hand, and beating their carpets clean, in the 50s and 60s, technology made homemaking tasks much easier and less time-consuming.

Women began to spend their time making extravagant food, planning social engagements, and shopping. Few were the women who finished high school and very rare was the woman who went to university. Old-fashioned families had their women wear hijab, long abayas or coats, and even cover their faces, but behind closed doors Islam was far from their minds and its practice was not regular. Among family hijab would be removed, miniskirts were all the rage, and make-up was gaining popularity.

There was also a religious community. Many shuyukh were speaking about Islam, but few were reaching the everyday woman. Scholars were speaking, teaching, and learning, but their womenfolk were in the kitchen, raising their children and caring for their homes. This was the state of society in 1950’s Syria. Muslim women are lost.

Then came a woman unique to her time. She had studied biology at university and was sent out of the city to teach at rural schools. She was raised in a family of scholarship, sincere faith, and consciousness of God, and she saw Allah’s greatness in everything she learned. Over her years as a teacher, she taught her students to see the miracle of Allah’s creation as well, and she brought people back to faith and to true Islam. Over time she built a following and one by one, very slowly at first then more and more rapidly, her da’wah spread. She held large group classes in masajid in the city and small groups in homes. Muslim women are learning.

She built a curriculum to teach the ten branches of Islamic sciences: fiqh, hadith, sira, aqida, tafseer, history, geography, civilization, tajwid, and tazkiyah. These studies had always been accessible to both men and women since the early days of Islam, but – as so much of the fabric of society had been distorted under the influence of colonialism – these studies had in recent years been reserved for men. Under the Shaykha’s tutelage, women now met in groups big and small to learn about their religion. They read, memorized, and sat for exams. They began a movement of memorizing the Holy Quran and getting certified in it. They were encouraged to further their secular studies as well. They began to enroll in university: doctors, teachers, pharmacists, businesswomen, scientists, mathematicians, historians. Studying became the fashion, and then it became a necessity. Young women began to delay marriage “until I finish my studies.” Muslim women are educated.

These educated women then began to teach others. Schools were opened, first nurseries and kindergartens, then elementary and high schools. Shariah high schools were opened to allow young women to learn their religion along with their high school degrees. Homes and masajid bubbled with after-school, weekend, and summer Quran classes. Children, teens, and women learned Quran, hadith, tafsir, fiqh, and tajwid. They moved through a curriculum of subjects and levels of learning and spiritual growth. As time advanced, the young students became teachers. These lessons were moved to masajid and learning centers, brimming with teachers and students coming and going, reading, memorizing, learning. Women moved to distant countries after getting married and continued this tradition of learning. Islamic schools, weekend schools, and Hifz schools run by the Shaykha’s students spread across the Middle East, the Arabian Gulf, and North Africa and reached the United States, Canada, the UK, Germany, Sweden, France, Australia, Switzerland, and beyond. Muslim women are educators.

Books are needed to teach these schools, halaqat, and centers of learning. The same old heritage texts are too advanced in language and too old-fashioned in style, and today’s students need a different approach. Under her guidance, books are written and published on all the Islamic sciences and more: tajwid, sirah, aqeedah, fiqh according to the four madhahib, the history of Islam, geography of the Muslim world, purification of the nafs, and more. Every topic that is needed to raise a generation needs a book, and these books are written by her students and overseen by her. A publishing house is opened, and then bookstores to sell these texts. The books are translated into English, French, Bosnian, and more. Content is taught and questions are answered, through books that are clear, concise, and to the point. Unprecedented works of scholarship are spread around the world to bear this knowledge. Muslim women are authors.

Her students study a variety of secular subjects as well. Among them are doctors, pharmacists, dentists, nurses, dieticians. They open hospitals, teach medicine, conduct research, publish papers, advise the general community on healthy living, and heal the sick. Muslim women are healers.

In Damascus and across the world, her students begin to serve their communities. Quietly and in the open, as individuals or as non-profit organizations, they spread their blessings everywhere they go. They feed the hungry, heal the sick, clothe the needy. They clean masajid, visit prison inmates, start drives for giving. They visit the elderly, take care of orphans, and establish homes and orphanages. Muslim women are philanthropists.

With all this happening during their busy days, her students spend their nights in prayer, early mornings in Quran recitation, and squeeze in extra prayers and dhikr throughout the day. They read and recite and remember Allah (swt) as they walk, drive, and as they go about their chores. Muslim women are worshippers.

This Shaykha has changed the fabric of Syrian society no doubt, and her work has spread globally through her students. Ribaat is one small ripple in the ocean of her work. She has renewed the way Muslims look at religion, the way that women’s gifts are used for this religion, and the way women see themselves as agents of positive cultural change. She has shown a new way to Islam for new generations, and a new path to learning and teaching about Islam. She can only be described as a mujaddidah, The Mujaddidah of Our Time.

Until we meet you again, we stand here in Ribaat exactly where you placed us, carrying forward the beautiful teachings we have learned from you and from your students. We know that the pain of this freeze will gradually ease, sheets of ice will trickle away into springs, icicles will drip away to feed the grass below, and lakes will once more turn from solid ice to rippling waves. With the will of Allah, the hard ground will once again be lush with renewed growth from the seeds you planted.

To our teachers and guides whom we have lost, we dedicate all the work we do and pray that you are rewarded for the benefit it brings to us all.

2 thoughts on “After the Freeze” 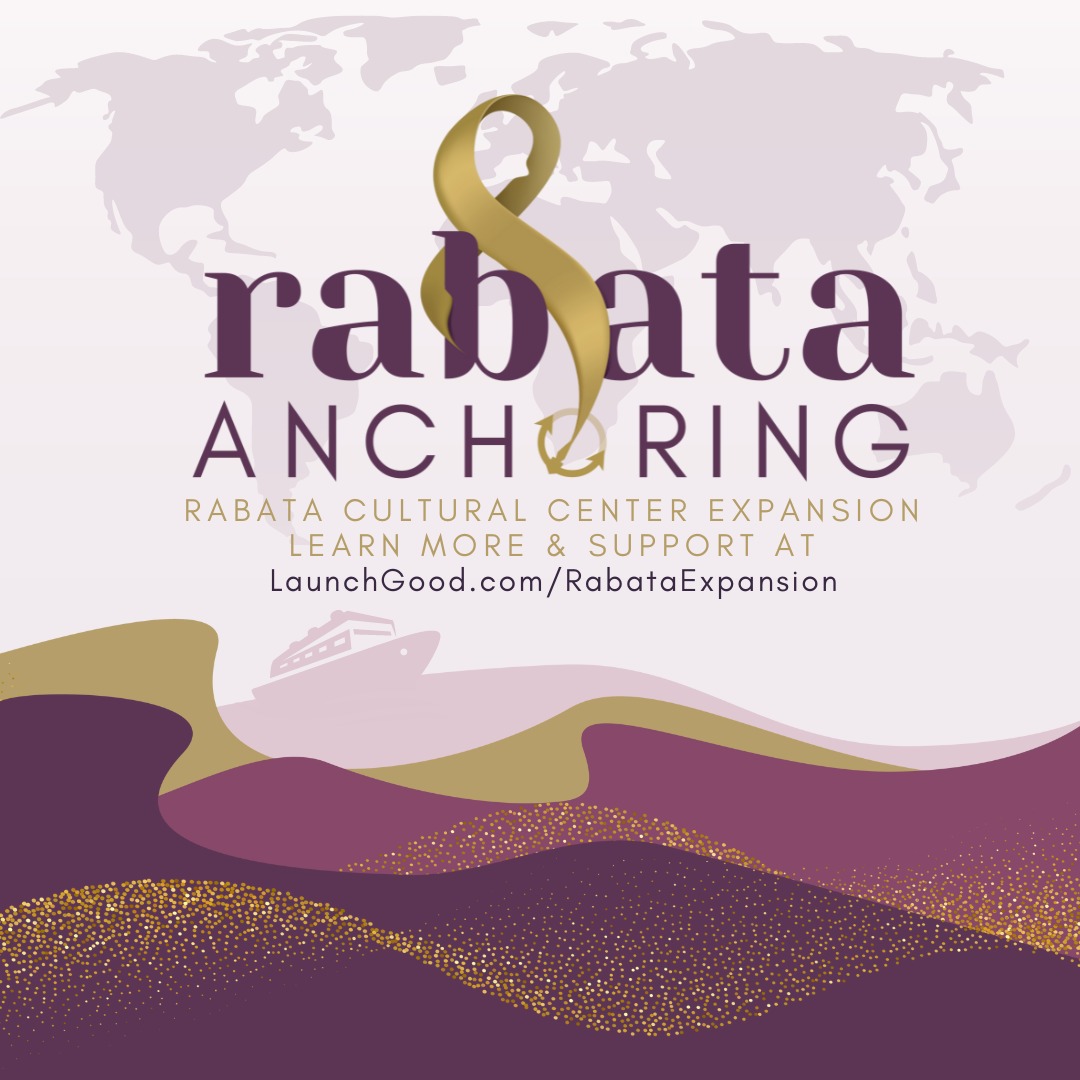